Holter Monitor or Event Monitor: The Major Differences and their Purposes 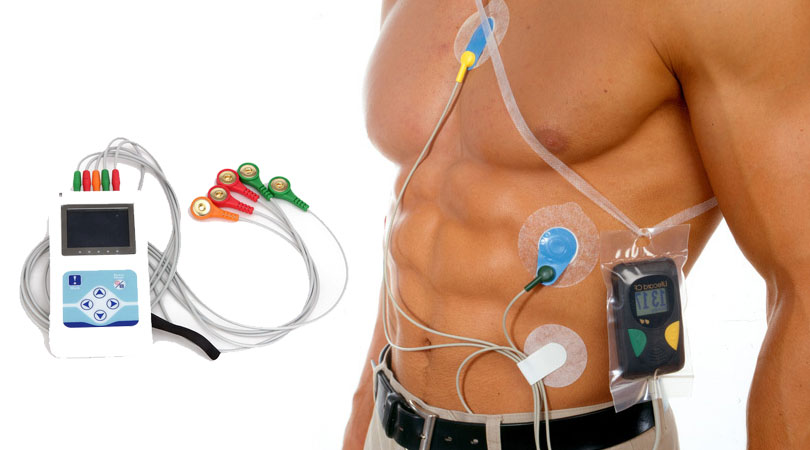 The heart disorder known as Cardiac Arrhythmia is a silent killer of the global populace. It is diagnosed by wavering heartbeat or rhythm; and is categorized in two types, Bradycardia and Tachycardia, referring to decreased and increased heartbeats, respectively. The symptoms of these conditions manifest as chest pain and palpitations, breathlessness, dizziness, and last but not the least unexplained spells of fainting.

Heart ailments can arise due to many reasons. Stressful life, dietary imbalance, improper sleeping habits and disdain towards physical fitness can as a consequence lead to an exceedingly large risk of an unpredictable outbreak of heart conditions that may, in a worst-case scenario, lead to a patient’s death.

cardiac arrhythmia monitoring devices are the savior that rises out of darkness, providing humanity the helping hands it needs to wage war against this mercurial foe. It does so by detecting symptoms of arrhythmia in prospective patients and providing doctors with the information to strategize and plan the best treatment.

Ambulatory ECG or Holter monitors are portable ECG devices fabricated to serve as a heart monitoring system used to detect and diagnose arrhythmia in patients suspected to have exhibited symptoms.

While these patients are at home and performing their routine activities, they are equipped with a portable Holter monitoring device and their heart activity is recorded. Its primary component being small electrodes, secured to their chest, and connected by wires to a compact recording device attached to a belt, which is worn as one would normally do.

A diary is provided to the patient to make a note of the time of occurrence and the symptoms of arrhythmia experienced. The monitor, once it has been returned to the clinic, has its stored data extracted.

The data is then correlated with the symptoms recorded by the patient, analyzed by doctors and hospitals, and eventually evaluated, for the detection, management and remediation of arrhythmia.

Event monitors are portable device used to record the electric signals of the heart only when the person is actively experiencing symptoms and not perpetually like the Holter Monitor. They record data similar to that as the electrocardiogram (ECG) but for an extended duration.

The event monitor’s sensors are programmed to activate automatically on detecting an event of arrhythmia and instantly transmit data, over a wireless network to a centralized server, providing near real-time data to physicians, enabling them to provide quick, seamless treatment. 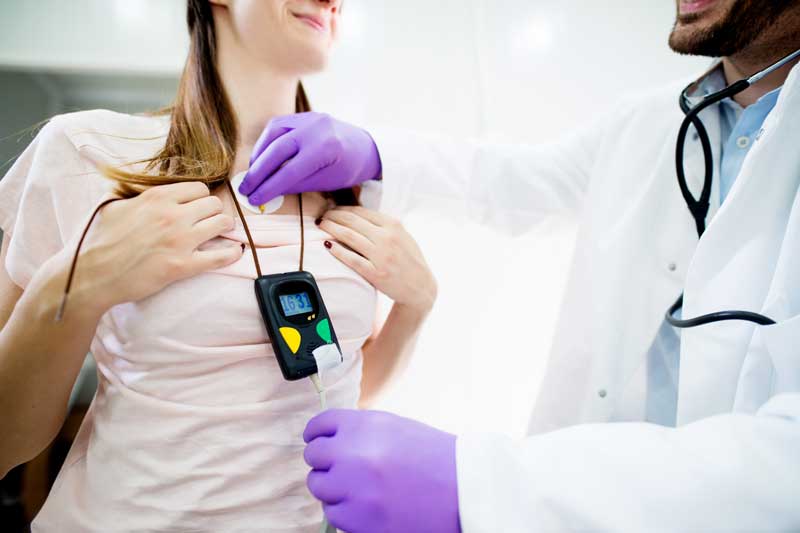 The upgraded versions of event monitors are capable of storing data for a longer duration and can last from 48 hours to as long as a month, as per requirement. This is made possible by the improved memory capacity and this process is referred to as Long-Term Holter monitors.

They assist with the prognostication of the chance that a patient develops arrhythmia. It also supervises their response to therapy and also observes for the likelihood of the manifestation of silent ischemia, i.e., the loss of blood flow or oxygen to the heart without the typical chest pain.

Cardiac monitoring, over the decades, has evolved into a highly robust option for the monitoring of various heart problems. There are, however, subtle disparities in their structure and configuration, but the general function remains the same, which is to serve as a monitoring system for the fluctuations in the heart rate.

Wearable heart rate monitors have been created to save human lives but they were also designed to serve their purpose in a practical manner. It is pointless to lack flexibility, when it’s required, especially in the case of a sensitive issue such as that of one of the most vital organs working tirelessly to keep us alive.

Patients now have the option to choose their treatment as per their capabilities. Also, depending on their condition, they are able to use technology that is suitable for their therapy. Technology continues to benefit humanity through their incessant advancements but it is also the responsibility of people to be aware and educated regarding the progress to make safe and positive use of the magic of science.

The Benefits of Connecting With Patients Via Text Messaging